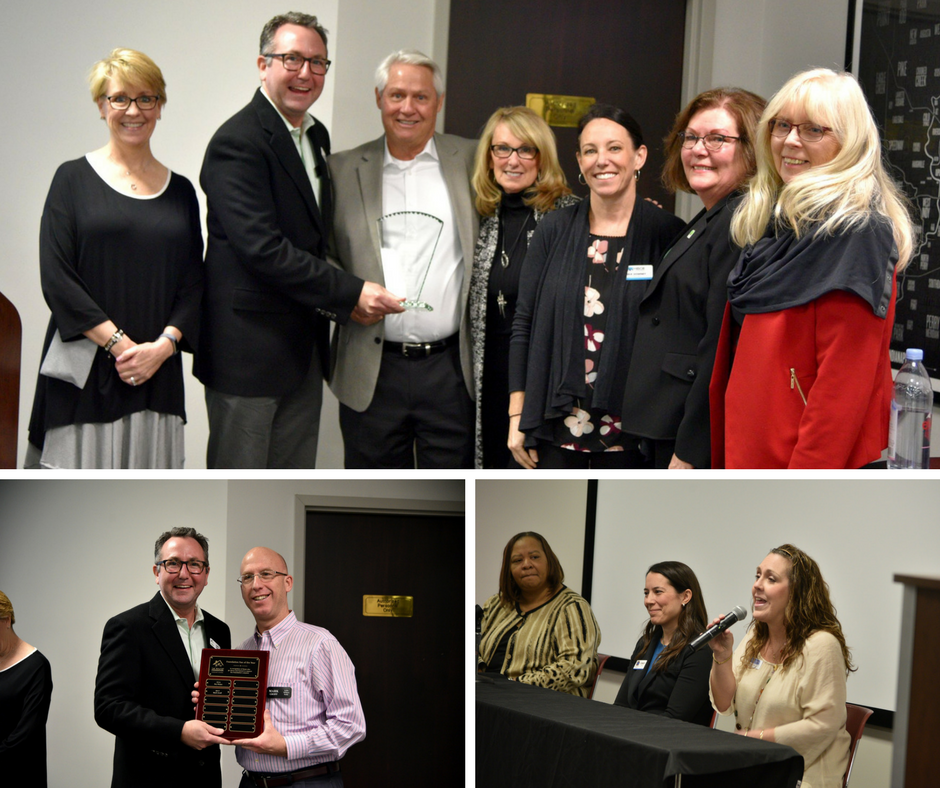 On March 16th, the REALTOR® Foundation presented the coveted Transactional Giving Awards. Beginning in 2012, these awards were given in honor and loving memory of Pooch Hunter who was dedicated to finding ways for REALTORS® to give to the Foundation in an ongoing way – through transactions.

Congratulations to Keller Williams Indy Metro North on winning the “Pooch” Hunter Transactional Giving Award for total donations made for the fifth year in a row. Their transactional donations totaled $9,031 in 2017!

Hats off to the Keller Williams Indy Metro West team for winning the award for highest participation of agents. 31% of their team donated at closing last year. Way to go! Put your office on top in 2018! Contact Gabie Benson about setting up transactional giving in your office.

The Foundation also gave the second annual “Foundation Fan” award for a supporter who goes above and beyond for the organization and sharing their time, talent, and treasure. Congratulations to Mark Groff. Not only is Mark a member of our Golf Outing Committee and Feed the Fight Committee, but in 2017 he was also a leader in his division which led to a $10,000 contribution from the Hamilton County Division of MIBOR. A plaque recognizing Mark will be on display in the MIBOR lobby.